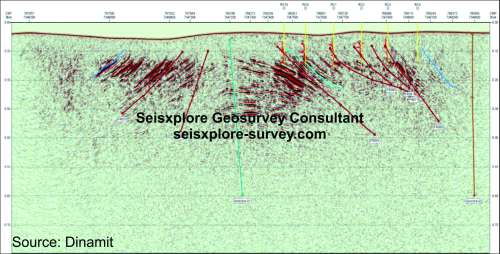 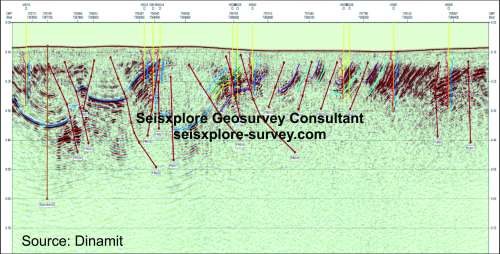 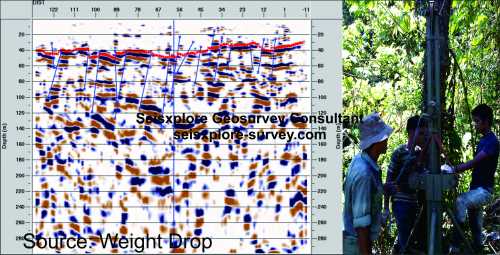 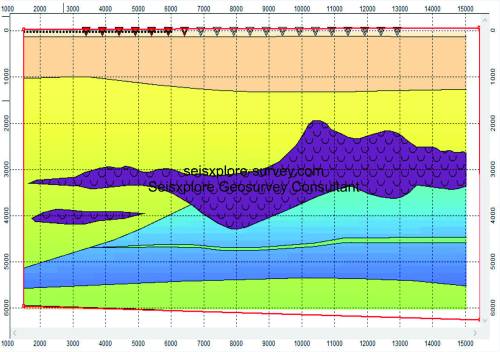 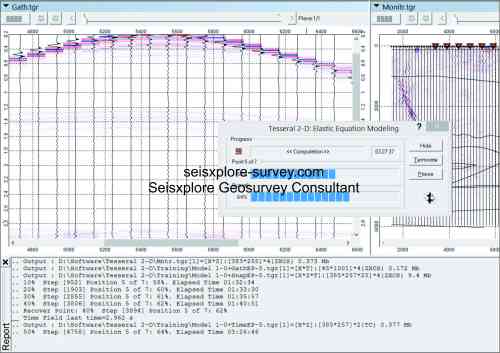 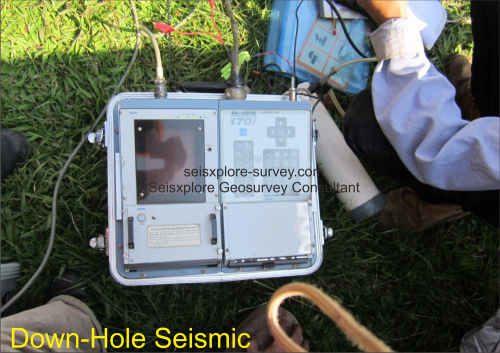 Positioning nomenclature for 2D seismic surveying and processing is based on receiver (REC) stations (STN). Source (SOU) positions are relative to these and can have an offset and skid. Offset is the separation between the REC line and SOU line; this occurs when the receivers are placed to one side of the survey so that the source can move along the survey line without damaging any of the recording equipment. Skid is when the source is displaced along the survey line such that the shot point is positioned in between two receiver stations. Example; for a 4 m receiver separated survey using an Accelerated Weight Drop shooting between every receiver, the source will have a 1 m offset and 2 m skid.  This is graphically shown below in Figure 1.

The survey line should be Marked out as in Figure 2 with a 4 numeral STN number on each peg. The first numeral represents the Line number and the following 3 numbers are sequential starting with the first STN at the start of the line (SOL).

Figure 1. Schematic showing the offset of source and receiver lines and skid of sources with respect to the receivers

File naming of shot records should be descriptive of where the shot was taken. As current survey design requires multiple spreads with repeated shot stations and reverse shooting; the following 8 character File Name is suggested;

Positioning, marking and laying out of the seismic line should be in accordance with standard seismic station nomenclature defined above.

Geophones and takeout cables with water proof screw thread connectors (Photo 1) can be manufactured from an Indian cable supplier (http://www).  An accurate wiring diagram and parts list will need to be drawn up to commission the work.

As the GEODE is a modular system, any number of GEODE 24 seismographs can be added to extend the channel count. Recommend to expand the current system immediately to 48 and up to 96 channels in the future. Currently available second hand, are two GEODE 24 seismographs.

Suggestion from Reddy to make new weight drop and employ two on the survey, shooting in from both sides; Shoot 1, shoot 2 and then move both. This would definitely be useful on spreads with larger channel counts. Also allows continuous shooting if there are any issues with an AWD.

Seismic operator, at least one weight drop operator and one linesman should be maintained as permanent crew members. They will provide training to any new crew member.

table 1. Shooting and stack tables for spreads 1 and 2 forward then reverse shooting

Tables 2. Shooting and Stack tables for Spreads 3 and 4 forward then reverse shooting

The field observer’s notes must represent everything which went on in the field so issues with data, equipment and procedures can be identified. Observations of the following need to be made: 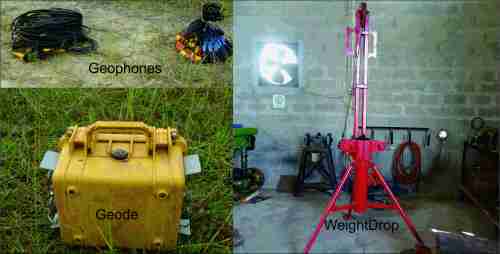 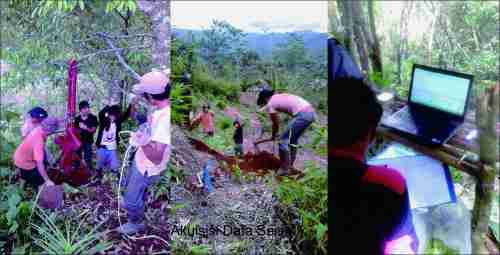